KATHRYN Selby must have lots of very good friends, because every time I turn up to one of her concerts, there she is with another couple from her list. 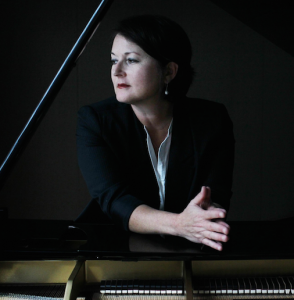 And every time I go, I am held spellbound by their masterful playing and amazing, well, teamwork. Such was this concert, featuring music by Schubert, Mendelssohn, Martinů and Dvořák, played by Selby (piano), with violinist Andrew Haveron from the UK and cellist Timo-Veikko “Tipi” Valve from Finland.

The concert started with Franz Schubert’s Notturno in E flat, D 897 (published posthumously as Op 148). It’s a gorgeous piece in which the three instruments exchange melody lines in a mood of gentle reflection but with little flights of fancy throughout.  The balance the three musicians created was quite simply superb, each taking their lead without overpowering the others and then retreating behind the lead of another without the sound getting lost.

Then it was music by Felix Mendelssohn, the one who really transitioned the compositional style of the Classical period into the Romantic period. Every time I hear one his works I love his music more, and his Piano Trio No 1 in D minor, Op 49, performed brilliantly by Selby & Friends, took my love a step or two higher. In particular, the third movement, a scherzo, is without doubt one of the most delightful in this idiom of musical lightness and playfulness. These three musicians just relished in it, like joyous kids in a sandpit!

Then it was a duo for violin and cello, the Duo No 1, H 157, of the Czech composer, Bohuslav Martinů, written in 1927. In two movements, this writing is very different in style to the earlier works, or the one to follow. Requiring absolute precision and virtuosity, this Duo was true to its name; at no point did either instrument accompany the other. One minute they were channelling each other, the next mirroring, almost lulling the audience into a sense of the familiar only then to race off in different directions like startled rabbits, eventually returning to that false familiarity. Haveron and Valve left the audience in no doubt as to their ability to step up to the plates of precision and virtuosity.

After interval and closing the concert was a work by another Czech composer, this time back in the Romantic period – Antonín Dvořák’s Piano Trio No 3 in F minor, Op 65, written in 1883. It’s a more intense work than the other works on the program, but given no less a masterful performance.  Its four movements are of epic proportions, creating an abundance of moods and an overall sense of grandness.  Even the scherzo of the second movement is somewhat grand, but the third movement, an adagio, is lyrical beauty at its best. Selby, Haveron and Valve gave their all, delivering everything the composer might have expected and more, in a deeply emotional performance, again with a brilliance that showed they are amongst the very best musicians in the world.

And the Czech connection? Well, Dvořák apparently was an admirer of the Austrian, Schubert. And Mendelssohn? Something about an aspiring SS officer being given the job of removing the Jewish composer’s statue from atop Prague’s concert hall and mistaking his nose for that of Wagner.