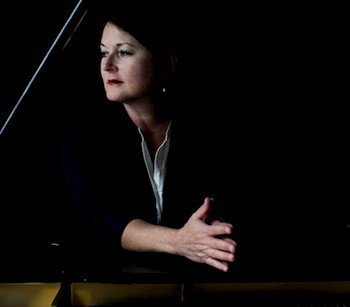 If, as Benjamin Franklin wrote in 1789, “in this world nothing can be said to be certain, except death (and taxes)”, then loss and grief must also be central to the human experience. Selby & Friends’ concert, Powerful Passions, presented a program to illustrate the different approaches of four composers to such deep emotions – and left the audience touched to have shared the moment.

Music by three of the composers – Mendelssohn, Smetana and Brahms – although different in inspiration and realization, was infused with the Romantic sensibility that lent itself so strongly to the “passions” of the music. But the opening work, by the contemporary composer Arvo Part, drew on an even earlier period with his Mozart-Adagio (1992). Part heard in the second movement of the Classical composer’s Piano Sonata in F major, K280, a dark and tragic mood, and took a section as the core for a piece in his characteristic minimalist style.

This was heard from the outset in a series of long notes for the strings. Violinist Natalie Chee and cellist Clancy Newman achieved a spare, controlled sound until Kathryn Selby’s piano entered, “bringing” Mozart. Played delicately by all three, the work had charm, albeit the strangeness of hearing Mozart played this way. The spareness of the ending was testament to the musicians’ control of their instruments as they conveyed Part’s intentions for the piece.

A much fuller sound was achieved in the second work although there were only two instruments! This was Mendelssohn’s sonata for cello and piano number two in D Major Opus 58. The opening Allegro was both emphatic and resonant, the piano having rich chords and arpeggios with Selby paying careful attention to dynamics especially repeated phrases. Newman’s cello had a lovely legato tone contrasting with the sparkle of the piano. If, as suggested, this was inspired by the death of the composer’s mother, then it could still not be seen as a lament! The Allegro scherzando (as its name suggests) also embraced staccato and rhythm, the piano’s delicacy at first echoed by the cello, each taking turns to be the dominant instrument. The players judged this nicely, as well as their unanimity in such details as the accent on the first note of the bars. A demanding movement for both was notable for the lyricism of the cello and its pizzicato to end.

In the Adagio, the piano recalled other, better-known Mendelssohn works with the composer’s favoured broken chords and well-articulated melodies, both delivered with charm by Kathryn Selby. For his part, Clancy Newman conveyed a plaintive but strong melody, played with passion, giving way to a number of sustained notes as the piano took over with a delicate, sad melody to end the movement. Marked “molto allegro e vivace” the ending was clearly going to offer a change of pace. Both players demonstrated their technical brilliance as they matched each other’s speed and technical brilliance in a fiendish set of runs, culminating in an emphatic ending that appeared to have chased grief away!

The trio regrouped for the performance of Smetana’s Piano Trio in G Minor Opus 15. More important then the Czech background of the composer on this occasion was his grief; the work was written in response to the death of his four-year-old daughter. The depth of sorrowful emotion is felt throughout the work, with the first movement featuring a beautiful lament introduced by the cello followed by the violin. A very powerful sequence for all three players (much of it in unison) leads to a dominant melody for the piano with “comments” from the strings.

One could spend a full review analysing the structure of the music in this work and its relevance to the subject matter. However, the important focus should be on the three players who not only realised the emotion but played with individual brilliance and with sensitive regard to the other players. It was by no means a sombre piece. The finale (presto) began with a fierce attack and a sense of galloping, perhaps escaping death. The cello signalled a change of mood with its great sorrow picked up by the violin; then came a passage of true beauty and yearning until there was a brief return to the first subject.

It was a tribute to the trio that they conveyed the mercurial changes of mood, so that one heard the slow sad cello appearing to descend into grief as the violin’s sound swelled before a series of scales led to an almost exultant resolution to end.

The time after interval was devoted entirely to a Brahms trio … for piano, violin and horn in E flat major, Opus 40. Clancy Newman’s cello was a hard act to follow, in terms of its depth and mellowness and contribution to the mood of this program. However, Hector McDonald playing the French horn showed that it was possible for another deep instrument to round off the trio beautifully.

With Natalie Chee continuing her sensitive violin playing, there was also more scope in this work to notice the prowess of Kathryn Selby. The pianist not only anchored the work but made it unmistakably Brahms, flowing, strong and sweet but certainly not without technical challenges! In this respect the work – and the performance – was like a combination of all the music that had gone before it. The four players left many admiring “friends” in the audience as a result.

Yes, we’d had death, loss and grief. But we’d also had an evening of passionate, glorious music.